June 27-29, Wednesday-Friday:  Sea-quest State Park near Mount St Helen. Site 17, pretty much all the sites are nestled under tall fir trees.  Very pretty and woodsy, but another no cell, no satellite stop for us.  John is running through our library of DVDs for his nighttime dose of TV sleep medicine. 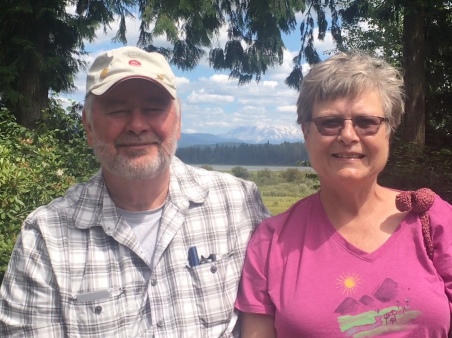 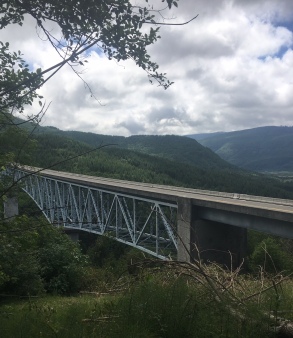 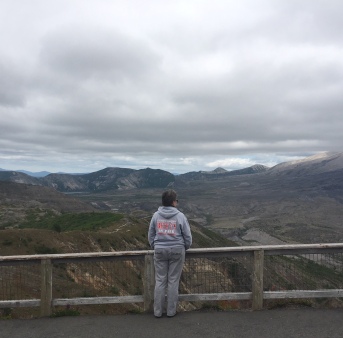 You would think that at this point we would be feeling all “ho-hum – here’s another mountain with more extraordinary views, Yawn….”  But NOT!!!!  We toured the Johnston Ridge Observatory visitor center and learned more about the mountain and how she blew her top in 1980.  It was absolutely fascinating.  We watched film about the blast, listened to the news coverage and eyewitness accounts and then gazed upon the mountain ourselves.  You can see the huge scar on the mountainside from the lava explosion and ensuing avalanche.  There are huge stumps where the tree above was torn off from the force of the blast and wide expanses of blown down forest, with remnants of the blown down trees lying like toothpicks on the slopes. As we walked on the hiking trail nearby we were treated to more spring wildflowers in their many colors. The long road leading up to Mount St Helen was loaded with amazing views, spectacular bridges and the occasional wildlife spotting.

On the way to the observatory we stopped at the Forest Learning Center , we learned of the tremendous investments made by Weyerhaeuser Lumber Company to rebuild and reforest the roads, bridges and trees in the blast area.  A very kid friendly hands on room had samples of wood, animal firs, skeletons, pine cones of all sizes, rocks and all sorts of neat outdoor things laid out to see, touch and appreciate.  Also noted was a nice climbing, sliding playground which is very unusual for a visitor center.  A nearby panoramic lookout was equipped with binoculars and a guide who helped us spot elk on the flat area far below. 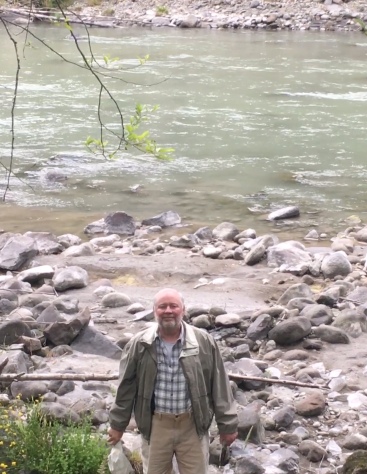 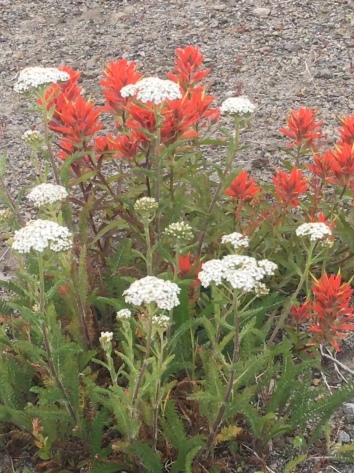 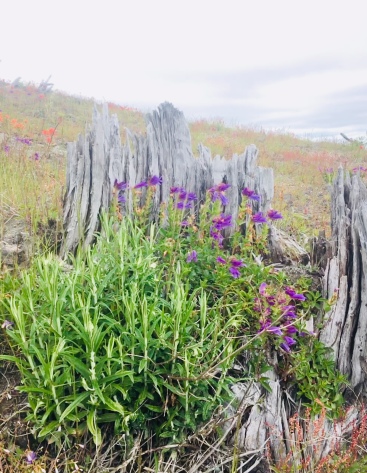 On our second day our ranger had mapped out a drive to the south east side, Ape Cave and Lava Canyon a good 90 minute drive one way.  We dropped off John’s RX refills at a Walmart en-route and began another winding, twisting road to our destination,  We stopped for our picnic lunch at a reservoir park. Once we lingered awhile on the rocky beach, watched the boats and wading children we didn’t feel the need to go farther and turned back to town to collect John’s RX’s and get comfortable back at camp. The visitor center at camp had a local art show, which made a nice finish for the day. 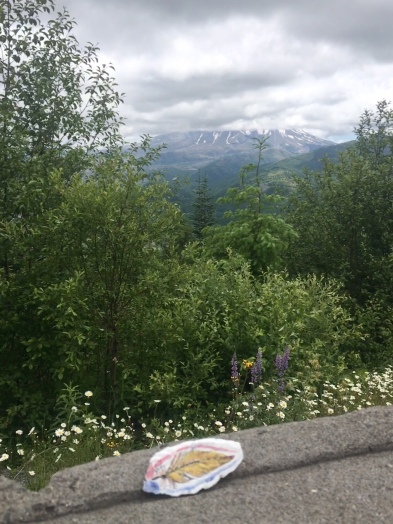 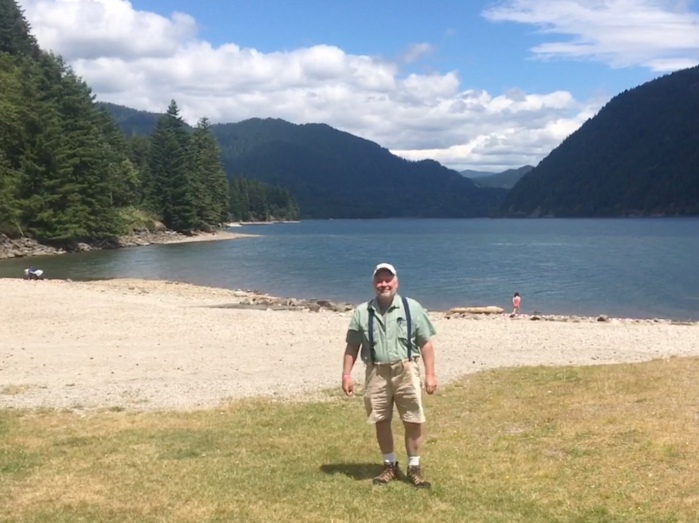 Back at camp, we settled in with a fire and John at the picnic table with his rock painting supplies.  This attracted our camping neighbors who came over for a nice chat and admiration for John’s artistic rocks.  The next morning there was a Facebook posting from a Mom whose son was delighted with the rock he found at one of the pull offs leading to Mount St Helen.  It is great fun to hear from people that have found one of his rocks.