June 24-26: Sunday – Wednesday:  On our way to Ainsworth State Park from Tillamook we traveled a very scenic route through Tillamook State Forest.  We stopped at Tillamook Forest Center.  There were interesting displays of forest eco-systems and outside there was a pretty suspension bridge crossing a picture perfect mountain stream.  Ainsworth had a strict no early check-in policy, so we stopped for a leisurely lunch at a Hawaiian restaurant, a nice break from our typical picnic spread.

Upon arrival at Answorth State Park we were greeted by orange cones, closed signs and a ranger who let us know that ignoring the closed signs on the road and trails would cause him to kick us out of the park!  Reason being, there was a massive forest fire through the area last fall and the historic gorge roads and trails are still being repaired and cleared of fallen trees.

Ainsworth is centrally located to the Columbia Gorge area attractions.  Unfortunately many were off limits due to the closed roadway.  However a kind ranger at the visitor center marked our map with more than enough sights to keep us busy during our visit.  We started at Multnomah Falls, a spectacular cascade of water dropping 630 feet to the foot of the falls.  There is a fantastic foot bridge that crosses 100 feet up in front of the falls but sadly it was closed to walkers due to the fire damage.  It was still amazing to see the falls. Amazing too was learning that the visitor center was the original lodge built in 1915.  The whole gorge highway is an incredible engineering feat constructed in 1916  through the 1920s.  There are tunnels through the rock, bridges over streams that tumble to the river below and this winding road that clings to the gorge cliff walls.  We were only able to travel on some of the over 70 miles of this historic highway but it was still amazing.  We visited Vista House a historic marble and stain glass, fancy, smancy rest area built in 1916. A beautiful building with gorgeous views of the Columbia River Gorge. 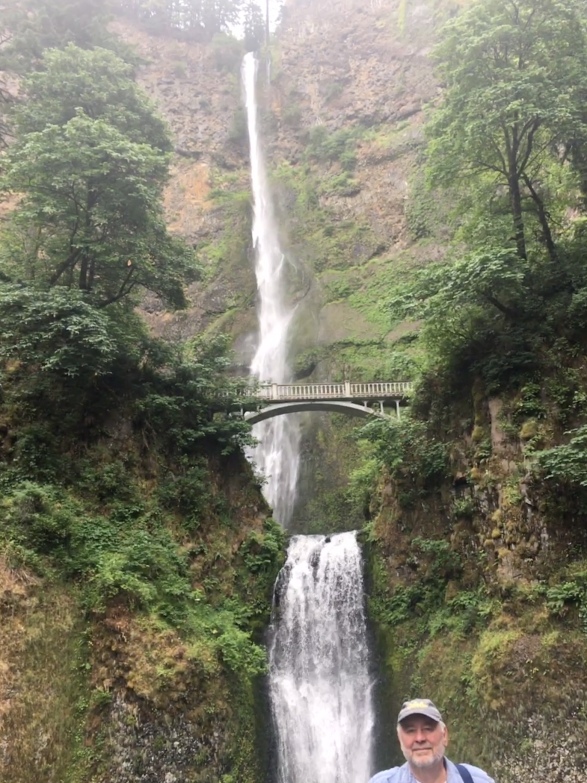 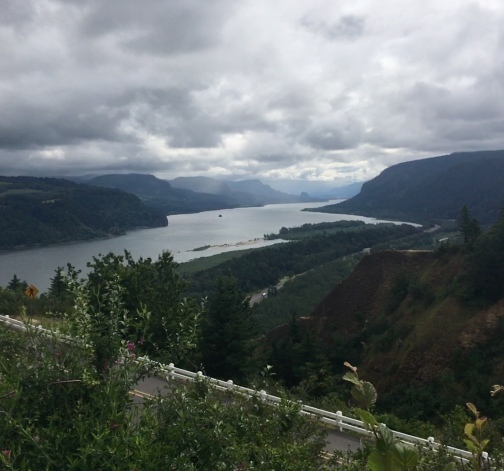 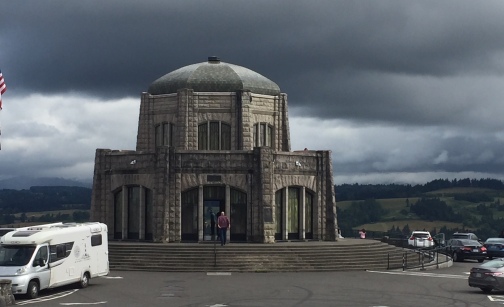 We crossed over the river at Bridge of the Gods into Washington State to follow the scenic highway on the Washington side and crossed back again to travel toward Mt Hood.  We didn’t drive all the way to Mt Hood, but stopped for lunch at a high and scenic viewpoint that gave us a nice view of Mt Hood.

Coming back on the Oregon side we stopped to tour Bonneville Dam.  We were able to see one of the powerhouses and go down to a lower level and view the fish swimming by through the fish opening in the dam. Really gross but fascinating were the sea lampreys that stuck themselves to the viewing windows. Out side we could see the fish climbing the fish ladders as well. 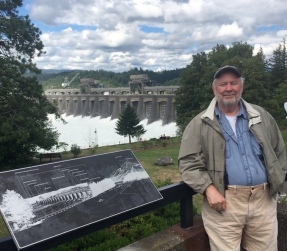 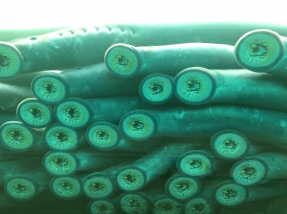 Next we went to the Bonneville Fish Hatchery.  I was delighted to see the lush beautifully landscaped grounds containing stone walled ponds teeming with huge rainbow trout.  We also got a good look at Herman the Sturgeon. Over 8 foot long and weighing in at 500 pounds, 80 years old and just HUMONGOUS!

It was great day despite not being able to access more of the many falls and overlooks. It wasn’t as overcast as our pictures appear either.  How nice for the people of Portland to have have this natural scenic area just 35 miles east of downtown.

For day two at Ainsworth we opted to relax at camp, listen to the many, many trains that travel along the river and just kick back for the day.  John painted some rocks and I read on my Kindle.  The weather was very pleasant and comfortable.  We had an enjoyable visit with a nice couple from California celebrating his retirement with a tent camp/hotel trip up to Washington and back.  Its fun meeting people and hearing their stories.  In all, it was another “pinch me – we are having too much fun” stop along this incredible journey.

P.S.  A not so fun moment- John’s cell phone was exposed to direct sun for only a short time while he was sitting at the picnic table painting and fried. Dead. Kapoot.  Ugh. Arrangements for a replacement are being made, but in the meantime a major inconvenience plus the likely loss of his pictures taken during this trip as we have mostly been without internet to back up our phones.  Sigh….. 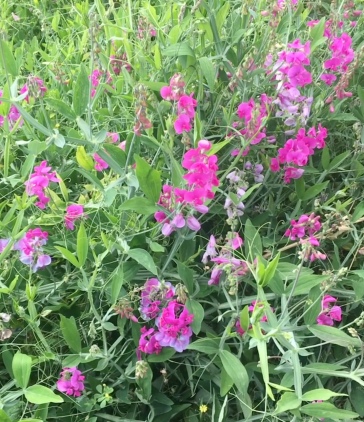 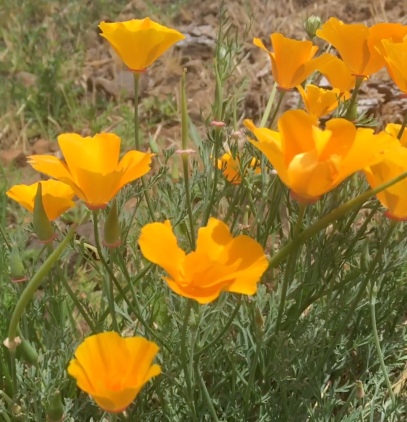